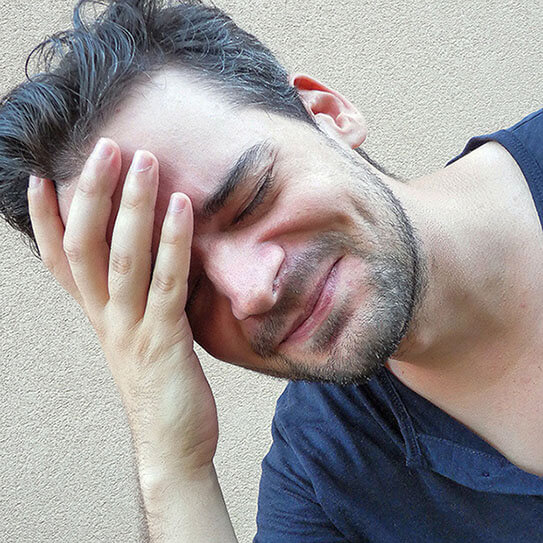 TOOTH DECAY, CAVITIES, AND INFECTIONS can be linked to a variety of other issues, including headaches and sinus problems. Sometimes, sinus problems may even be the only symptoms the patient will experience, so they go to their doctor instead of the endodontist, and the condition is treated as something else.

Tooth Infections and How They Spread

A tooth infection begins when acid from food and drink and from acid-producing bacteria eats a hole (cavity) in the outer layer of a tooth. If left untreated, the harmful bacteria in the cavity can work their way deeper until they penetrate into the pulp chamber at the core of the tooth, which is connected to the root canals. The bacteria then infects the dental pulp and spreads down the roots, which is usually when biting down becomes painful.

When an Infection Spreads

Not all tooth infections come with toothaches, however. An infection that develops in the root of one of the upper back teeth can spread to the sinuses, and the patient and clinicians won’t necessarily recognize it for what it is. An incorrect diagnosis based on sinus symptoms that doesn’t factor in the infected tooth can lead to ineffective treatment, and the patient may then develop a sinus disease called maxillary sinusitis of endodontic origin (MSEO).

Typical symptoms of MSEO include congestion, runny nose, post-nasal drip, facial pain, and a foul odor. There usually isn’t tooth pain, temperature sensitivity, or tenderness while chewing because the tooth has already died and the pressure that typically surrounds an infected tooth is missing because the infection is draining into the maxillary sinuses (hollow, air-filled spaces behind the cheekbones) instead.

Patients with sinus trouble may go to their doctor or ear, nose, and throat specialist for treatment of sinus symptoms for years without ever realizing the problem comes from an infected tooth. Antibiotics can temporarily relieve the symptoms, but they won’t do anything to shut down the bacteria factory inside the tooth because there is no longer blood flow inside it. Eventually, that bacteria will come back, and the symptoms along with them.

If You Have Sinus Pain, Schedule an Appointment

Anyone who’s been struggling with sinus trouble, particularly if it’s lasted longer than a typical cold or keeps returning after treatment, should consider scheduling an appointment with an endodontist. If an infected tooth is the cause, we can give it the endodontic therapy it needs and help you feel better!

Healthy smiles begin at the roots!

The content on this blog is not intended to be a substitute for professional medical advice, diagnosis, or treatment. Always seek the advice of qualified health providers with questions you may have regarding medical conditions.

The History of Fluoride and Healthy Teeth
December 7, 2022